Why I Dumped Religion 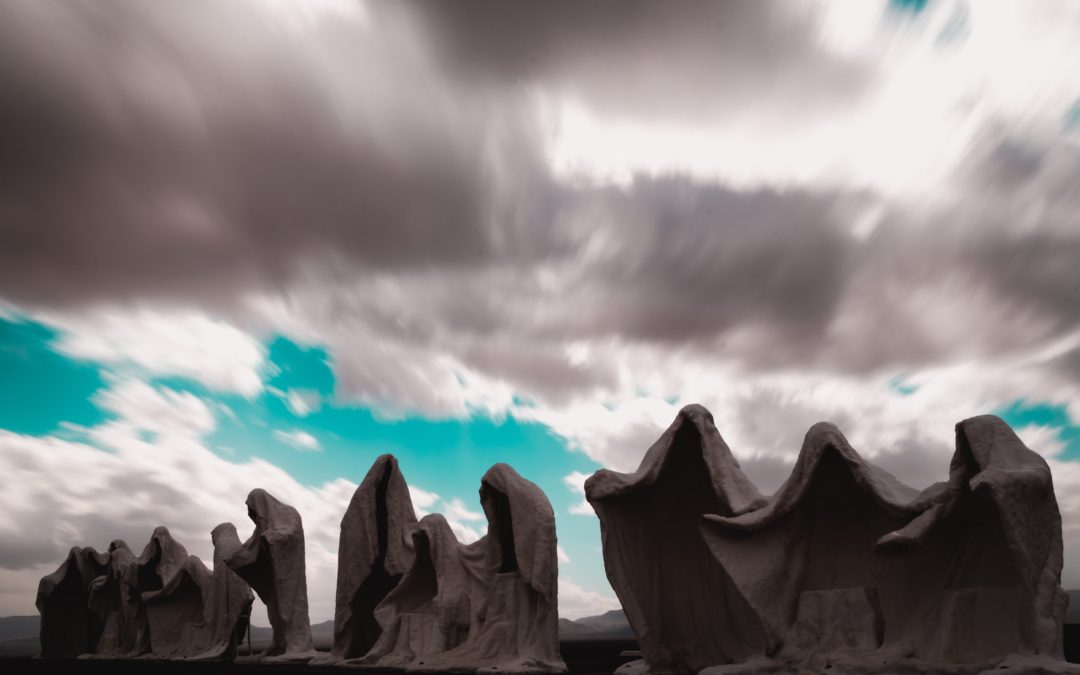 “Life is much more of an individual responsibility than the church wants us to believe.”

I didn’t grow up in a “religious” household.  I mean we didn’t pray before we ate, but we did the cursory “Now I lay me down to sleep” at night, and we didn’t attend church as a family.   My parents took my sisters and me to a Baptist church and dropped us off.  Then they would go back home until it was over and then come back to pick us up. I always wondered “why?”

Then “it” happened.  I was twelve years old, had just finished choir practice on a Sunday afternoon, and the choir director said, “If anyone here hasn’t accepted Jesus Christ as your lord and savior you are going to hell.”  WHAT?  Going to hell?  What have I done so wrong to deserve to go to hell if I died today?

So, I did the most natural thing to do.  I went up front and told him I didn’t want to go to hell.  That’s it.  Nothing else, I just didn’t want to go to hell.  The next step was to say this in front of the whole church—scary!  When the invitation time came at the end of the next church service, I went up front and stood in front of the preacher.  I was mortified and couldn’t speak.  Not an  “in the spirit “ sort of way, just terrified of being in front of all those grown-ups!  He sort of guided me through the appropriate things to say, I was dunked in the lukewarm water of the baptistry a couple of weeks later (I always wondered if people peed in that water) and I was saved—whew!  No hell for me.  I did always wonder what about everyone who never heard of Jesus?  What about all the millions of people who lived before him?—I got no answers, and that was just the beginning of questions without answers.

Fast forward to adulthood, several years of not going to church, then my late husband and I decided to go to church.  We selected a Baptist church and started attending.  It was wonderful.  The preacher was one of those talking/teaching type preachers whom everyone loved.  You almost felt as if you could raise your hand and ask a question during one of his talks.  There were so many nice people close to our age, and the Sunday school class was amazing…. Everything was going great.  Then the preacher “got called” to Texas—for more money, I’m sure.

The church leaders set up a pulpit committee to find another pastor.  They searched for about a month or so, and one Sunday morning we heard “Dr. Wonderful”.  He stepped up to the podium, started shouting and slobbering, blowing his nose and crying, and it was like that throughout the entire sermon.  It was really hard to get past all the drama to hear a message.  The “hallway talk” was that no one liked him and we were worried that he might get chosen.  I’m serious—I heard of no one who liked the man.

A business meeting was called for one Wednesday night, and if you know anything about Baptist churches in the South, you know that Wednesday night has a very light crowd.  This Wednesday night the church was packed—probably 350-400 people came to vote.  The chairman of the pulpit committee stood up and asked for everyone in favor of the pastor to say “Aye” and someone shouted out “Let’s have a written vote”.  The chairman went nuts!  They didn’t want people to vote their true opinions.  Ended up that we didn’t do the “aye” thing, but actually had to stand up—lol.

Here’s the dramatic ending—when he asked who was in favor of this man, THE ENTIRE CHURCH stood up except for my husband and me and one other couple.  We were dumbfounded.  When he asked who was opposed, we four stood up, gathered our belongings, and walked out.  I was appalled at the blatant display of hypocrisy!  Everyone was afraid to express their opinions in front of their fellow church-goers.

I was always told oh, just look over the people in the church, it’s the Lord you’re seeking.  Excuse me—religion IS people.  Church IS people.   Since that time, I’ve figured out that what Jesus was teaching is an individual thing, it is inside us, it can’t be found in a church, and it’s not hanging on a cross. We’re not born sinners, we’re just born.  One man dying cannot save the entire world–if you think about that, it’s a ridiculous idea!  Jesus said that the way is narrow and few will enter.  Sooo, another question I have is, if the way is narrow, then how can it be the right way if soooooo many people are going that way?  If Jesus were to come back tomorrow he would be astounded that we’ve clung to the cross instead of his teachings.  He wanted us to be free, and all religion has done is put shackles and blinders on people so they have absolutely no idea that Truth even exists, and much less where or how to find it.

I’ve also learned that the Bible has been grossly misinterpreted and edited, and nobody is going to hell—or heaven for that matter.  Life is much more of an individual responsibility than the church wants us to believe.  The Bible was written by men, edited by men, used for political purposes, and shoved down people’s throats with threats to kill them if they didn’t accept it.

This, along with questions like If they knew that Jesus was so special when he was born, then why wasn’t someone following him around taking notes and remembering stories? He didn’t show back up in the Bible until he was in his 30’s.  If he could walk on water then why hasn’t anyone else?  Why is he called “Jesus of Nazareth” when there wasn’t even a town called Nazareth?  How did Noah fit 2 of every animal on one boat?  If we were created naked, then what’s so freaking bad about being naked?  Why can’t anyone explain what the Kingdom of Heaven is?  Are we going to wear robes and sing all the time?  That won’t be fun, and honestly, really, none of it makes a bit of sense.

Getting rid of the religious “baggage” has been without a doubt the most liberating experience possible.   I’m on the spiritual path now, under the guidance of an amazing teacher, Avi.  The path is narrow because it’s not easy.  Jesus said to keep knocking and it will happen.  I’m knocking relentlessly, have never been surer of anything before, and I’m happier than I’ve ever been in my life.